Superstar Rajinikanth has sung a song for Kochadaiyaan 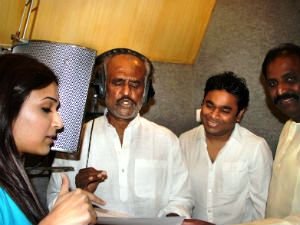 Rajinikanth recorded the track on March 11. The song penned by poet-lyricist Vairamuthu. Rajinikanth and AR Rahman was excited to record the track.

It is reported that the song has come out well and it will be one of the highlights of Kochadaiyaan.

Tags: Superstar Rajinikanth has sung a song for Kochadaiyaan

Tamil film industry is going to celebrate the Golden Jubilee year of Kamal Hassan’s film career. He is into the world of acting when he

His Name: Karthik His NickName: Gaja He is totally a fun guy.. he takes the life easily….. he got more talent…he is a wonderful leader..

Tushar Gandhi, the great grandson of the Mahatma said “I am delighted, absolutely delighted,” Mr. Mallya said “I will always have the emotional satisfaction of