Support Earth Hour by turning off the lights for an hour from 8.30 pm to 9.30 pm

World Wide Fund for Nature has emerged as one of the largest global campaigns to combat climate change. World Wide Fund for Nature has organized Earth Hour initiative. Almost 50 million supporters across the globe and over 100 countries have together for Earth Hour. Earlier in 2009 millions of people took part in the Earth Hour. Over 4,000 cities in 88 countries officially switched off lights to pledge their support for saving the planet.

Earth Hour is Observed by turning off the lights for an hour from 8.30 pm to 9.30 pm IST. Pledging to its support the city government has already started a campaign asking people to observe the event by switching off all the lights and electrical appliances for an hour on Saturday.

Several hotels and malls have also announced their support to the initiative and plan to organize special events. Many Cities has announced that they will turn off all the non-essential lights to mark the Earth Hour.

The World Wide Fund for Nature (WWF) India said the event will also be celebrated in Pune, Ahmedabad, Hyderabad, Bangaluru, Chennai and Kolkata, apart from several other cities where people will be urged to turn off the lights in their homes and offices for a hour. 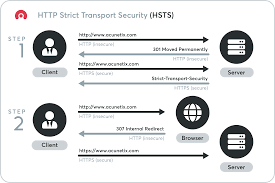 HSTS, or HTTP Strict Transport security header(Strict-Transport-Security) is set on your domain, a browser will do all requests to your site over https from then

The solar eclipse will be visible across the world on January 26. The Solar Eclipse will begin at 10.26 am and ends at 4.30 pm

Happy Diwali!!! Diwali is also known as the Festival of Lights. In earlier times, people touched up their homes with cotton wicks dipped in ghee